The Ergo Open Source Consortium’s base IT infrastructure, Ergo-CORE, consists of the MAEViz platform developed by the earthquake engineering community under the leadership of the University of Illinois at Urbana-Champaign, with extensions provided by EQvis, a European application for industrial risk by the IRIS Project). The Consortium’s primary goal is to encourage and support the development of improvements and enhancements to Ergo-CORE, as well as development and extension of applications and models that are compatible with both the Ergo-CORE platform and one another, in order to provide for a valuable, robust environment for decision-makers and researchers concerned with hazard analysis, response, and prevention. Ergo-CORE will provide baseline data management, visualization and modeling, and analysis services, as well as user interface functions.

Currently, the Ergo project is focused on applications and tools supporting the earthquake engineering community. However, Ergo aims to broaden this focus to encompass other communities engaged in hazard risk assessment and response. While natural hazards such as earthquakes, volcanic eruptions, and severe weather and flooding will remain the major focus of application development, we anticipate similar applications in other critical areas, such as the health, utility, transportation, and supply sectors. Finally, we anticipate supporting the Ergo platform and its applications as planning tools for urban and regional development.

The Ergo Open Source Consortium’s core IT infrastructure underlying Ergo-EQ and other platforms for the assessment of specific hazards. 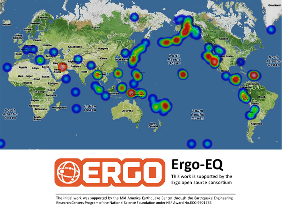 Ergo-EQ is a fully functional, state-of-the-art seismic risk software platform that derives vital information for planning and responding on EQ-disasters.

For evaluation and visualization of expected physical, economic, and social impacts of seismic hazards on geographic region it applies the Consequence-based Risk Management (CRM), a methodology developed at the Mid-America Earthquake Center at the University of Illinois

Ergo-EQ is intended to benefit the seismic hazard community in several ways:

Built on the base platform Ergo-CORE, Ergo-EQ will serve to provide a common platform for risk assessment applications contributed by the earthquake community, making available essential functions such as earthquake-specific tools for modeling and visualizations, as well as shared earthquake-specific data resources. 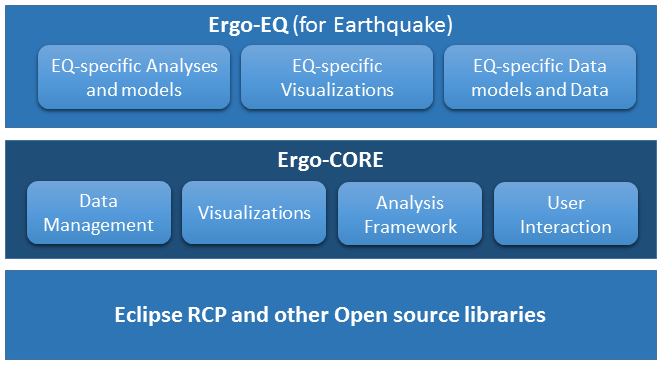 It will also serve as a model for future applications to address other types of hazards, such as wildfires, floods, volcanic eruptions, and hurricanes. 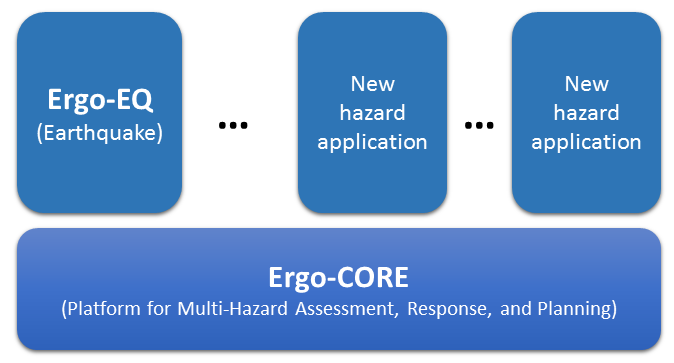